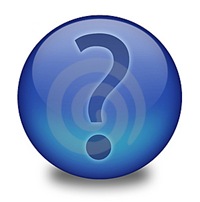 Over the period of time I have come across various interesting facts while reading newspapers, magazines or watching tv. I used to note them down wherever I could find some writing space- back of notebook, loose sheets of papers, as a draft in cell phone and many other weird places! Yesterday while dusting my room I came across that collection and thought of sharing some of those with you.

So let’s get started with some of the interesting facts.

(Note: I have personally verified all the below mentioned facts, and only those facts that I am completely sure to be true have been written here. I assure you of the authenticity of these facts. You can find millions of sites on internet having thousands of such facts and trivia but you can never be sure which of those are actually true. As I mentioned in the post “Reverse ATM PIN-Hoax or Truth”, Internet is a place where it is very easy to spread false information. At KnowledgeHub our aim is to present the correct and authentic facts to our readers.)

1) US flag is popularly known as “Stars and Stripes” .There are 50 stars in it. Do these stars represent the states of USA (which are also 50 in number)? Maybe one of our US readers can throw some light on this.
UPDATE: Bettyl & Karan have confirmed through their comments that the stars represent 50 states of the US. Thanks for the information Bettyl & Karan.

2) Asia’s oldest stock exchange is Bombay Stock Exchange which was set up in 1875.

5) Though discovered by Columbus in 1492, America is not named after him, but after another explorer Amerigo Vespucci. Columbus discovered America in 1492, but he thought that it was India. In 1501 an Italian explorer Amerigo Vespucci reached the same place and realized that it was not India but some unknown place. And thus America got its name after him.

7) The first product to have a bar code was Wrigley’s chewing gum.

8) The names of all the continents end with the same letter with which they start (considering six continents- Asia, Africa, Europe, America, Antarctica, Australia. There are different naming conventions used for continents, based on which there are five, six or seven continents).

10) Earth is the only planet not named after a pagan God.

Stay tuned for more interesting facts in the coming weeks.

We provide various services to individuals and bloggers at a nominal price. See our Services page for further details.

If you found this article useful please subscribe for free to receive updates in future.

Check other modes of subscription.

You can also bookmark it with your favourite bookmarking service or send it as a mail to someone.

29 Responses to 10 Interesting Facts You Should Know