You are here: Home › India’s Second Freedom Struggle-I
By Anshul on April 10, 2011 in Useful Information 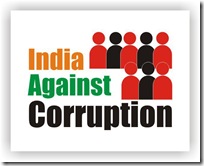 Last few days have seen a mass movement in India, spearheaded by a single man- Anna Hazare. He calls this as “India’s second freedom struggle”, and rightly so.

But who is this man? Why did he start this movement? What were his demands? You’ll find answer to these questions, and a lot more – right here.

Since this was a long article, I have divided into two posts:

This is the first part of the article.

Who is Anna Hazare?

Kisan Bapat Baburao Hazare, popularly known as Anna Hazare, is an ex-army soldier who was born in the year 1939. He joined the Indian Army after the Indo-China war of 1962, and served the nation as a soldier for 15 years. In 1978, he took voluntary retirement from the army and returned home to Ralegaon Siddhi, a village in Maharashtra’s drought-prone Ahmadnagar district. It was a poverty clad village back then. Anna Hazare worked day and night to pioneer rainwater conservation and established his village as a model village, recognized internationally.

Anna Hazare once contemplated suicide as he was frustrated with his life and wanted an answer to the purpose of human existence.
Then one day at the New Delhi Railway Station, he saw a book on Swami Vivekananda. Drawn by Vivekananda’s photograph, he read the book and found his answer – that the motive of his life lay in service to his fellow humans.

On 5th April 2011, he sat on an indefinite fast, demanding the government to enact the Jan Lokpal Bill. He received unprecedented support from all walks of life, and India saw a mass movement that was only next to the one seen during India’s fight for freedom. The government finally yielded to the demands of Anna Hazare on April 8th 2011, and on April 9th 2011, after 98 hours, Anna Hazare broke his fast.

But this was not the first time that Anna Hazare has fought for the country. In 1995-96, he forced the Sena-BJP government in Maharashtra to drop two corrupt Cabinet Ministers. In 2003, he forced the Congress-Nationalist Congress Party (NCP) state government to set up an investigation against four ministers.

Anna Hazare received the World Bank’s Jit Gill Memorial Award for Outstanding Public Service, in the year 2008. He was also awarded with Padam Bhushan in 1992 and Padam Shri in 1990.

What Is The Jan Lokpal Bill?

The Jan Lokpal Bill (Citizen’s ombudsman Bill) is a draft anti-corruption bill that would create a Jan Lokpal, an independent body like the Election Commission, which would have the power to prosecute politicians and bureaucrats charged with corruption, without government permission or interference.

We’ll end our discussion here. In the next part (India’s Second Freedom Struggle-II), we’ll read about:

But before that, I’ll like to know your views on this mass movement. So, please drop in your comments.