You are here: Home › India’s Second Freedom Struggle-II
By Anshul on April 10, 2011 in Useful Information We read about Anna Hazare and the Jan Lokpal Bill in the first part of this article. In this part we’ll read about:

Anna Hazare’s Demand
Comparison of the Government’s bill with the Jan Lokpal bill
How the Jan Lokpal Bill Will Curb Corruption?
The victory of a Nation

Anna Hazare demanded for effective anti-corruption laws, because the bill proposed by the Government was just an eye-wash. For this, he wanted the Government:

Comparison of the Government’s bill with the Jan Lokpal bill

How the Jan Lokpal Bill Will Curb Corruption? 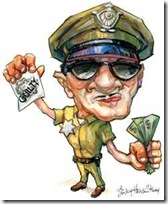 We already have agencies like CVC and CBI, which have proved a failure in fighting corruption. How then the Lokpal will curb corruption?

To understand this, let us first see the deficiencies in the present system.

Deficiencies in the present anti-corruption system

At central Government level, there is Central Vigilance Commission (CVC), and CBI (Central Bureau of Investigation). CVC deals with the vigilance (disciplinary proceedings) aspect of a corruption case and CBI deals with criminal aspect of that case.

CVC, with its small staff strength of less than 200, is supposed to check corruption in more than 1500 central government departments and ministries, some of them being as big as Central Excise, Railways, and Income Tax etc!

If that was not enough, CVC is merely an advisory body. Central Government Departments seek CVC’s advice on various corruption cases. However, they are free to accept or reject CVC’s advice. Experience shows that CVC’s advice to initiate prosecution is rarely accepted and whenever CVC advised major penalty, it was reduced to minor penalty.

Also, CVC does not have powers over politicians. If there is an involvement of a politician in any case, CVC could at best bring it to the notice of the Government.

Therefore, CVC can hardly be treated as an effective deterrent against corruption.

CBI has powers of a police station to investigate and register FIR. It can investigate any case related to a Central Government department on its own or any case referred to it by any state government or any court.

But, CBI is directly under the administrative control of Central Government. So, if a complaint pertains to any minister or politician who is part of a ruling coalition or a bureaucrat who is close to them, CBI’s investigation can easily be influenced.

Also, because CBI is directly under the control of Central Government, CBI is perceived to have been often used to settle scores by politicians.

CBI has powers but it is not independent. CVC is independent but it does not have sufficient powers or resources.

How will the Jan Lokpal Bill curb corruption?

The Victory Of A Nation

At the time of publishing this article, the Government has accepted the demands of Anna Hazare. The committee that drafts the Lokpal bill will include the representatives of civil society and the Government has also issued a formal notification for the same.

The Joint Drafting Committee shall consist of five nominee ministers of the Government of India and five representatives of the civil society.

Five representatives of Ministers of the Government of India:

Five representatives of the civil society:

The Joint Drafting Committee shall complete its work latest by 30th June, 2011 and the legislation will be placed before the cabinet for introduction during the monsoon session. Anna Hazare has set August 15 as the deadline for the passage of the Lok Pal Bill.

This indeed was a win for the common man and the victory seems a significant political milestone.

Do you think this is going to see the rise of a new India?