You are here: Home › Once An Eyesore, Now An Eye Candy!
By Ritu on August 29, 2010 in Historical Facts, Interesting Facts 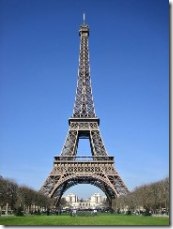 Did you ever know that the Eiffel Tower- the icon of France, one of the most remarkable structures made by man – was once called an eyesore! No sooner than its construction began, the art community of Paris came out with protests. The writers, artists, sculptors, painters of Paris were completely against its construction for they looked at it as an ugly stain on the face of architecturally-rich Paris.

On 14th February 1887, when the construction had barely begun, an article titled "Protest against the Tower of Monsieur Eiffel" was published in the newspaper Le Temps addressed to one of the authorities concerned with its construction. It called the Eiffel Tower as-" A Truly Tragic Street Lamp", "High And Skinny Pyramid Of Iron Ladders" ,"A Carcass Waiting To Be Fleshed Out With Freestone Or Brick", "A Funnel-Shaped Grill" ,"A Factory Chimney".

The Eiffel Tower – also known as the “Grand Iron Lady”-is named after its designer, Alexandre Gustave Eiffel-the same person who built the internal frame of the Statue of Liberty. It was built for the International Exhibition of Paris of 1889 commemorating the centenary of the French Revolution. 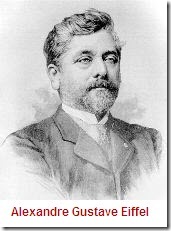 What is now adored as a true masterpiece of engineering was welcomed with such derogation!

An extract of the article-

"We come, we writers, painters, sculptors, architects, lovers of the beauty of Paris which was until now intact, to protest with all our strength and all our indignation, in the name of the underestimated taste of the French, in the name of French art and history under threat, against the erection in the very heart of our capital, of the USELESS and MONSTROUS Eiffel Tower…."

"To comprehend what we are arguing, one only needs to imagine for a moment a tower of ridiculous vertiginous height dominating Paris, just like a gigantic black factory chimney, its barbarous mass overwhelming and humiliating all our monuments and belittling our works of architecture, which will just disappear before this stupefying folly. And for twenty years we shall see spreading across the whole city, a city shimmering with the genius of so many centuries, we shall see spreading like an ink stain, the odious shadow of this odious column of bolted metal. "

The tower was originally under a 20-year lease in Paris and it was to be dismantled after the expiry of the lease. But, it was found to be useful for radio transmission and telegraphy; hence, it was retained.

Novelist Guy de Maupassant claimed to hate the tower so much so that he supposedly ate lunch in the Tower’s restaurant every day. When asked why, he answered that it was the only place in Paris where he did not have to see the structure!

The Eiffel Tower weighs less than the surrounding air, due to which it sways as much as six inches in strong wind! However it is completely safe and can withstand wind speeds at more than five times the strongest winds ever known.

Today Eiffel Tower is internationally recognized as the symbol of Paris and it stands as one of the most-visited paid monuments in the world!

This is a guest post by Ritu who writes at Weird World of Thoughts. She’ll be happy to know your views about this article, so do drop her a comment.

If you haven’t already taken up the survey, please take it here. It will not take more than 3 minutes and will help us serve you better.

If you found this article useful, subscribe below for free to receive updates in future.

Do Flags Ever Fascinate You…?
How To Find If A Credit Card Is Fake?

29 Responses to Once An Eyesore, Now An Eye Candy!