You are here: Home › [Hoax] UNESCO Announces India’s National Anthem As Best In The World
By Anshul on December 14, 2010 in Myths, Hoax & Scams 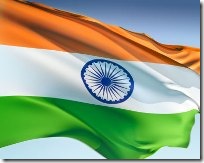 It pains my heart to see how easily people believe anything they read on internet when it comes to our nation. When some people tried to insult our national anthem saying that it was written in praise of King George V (not true), we believed them. And now when someone says that India’s national anthem has been chosen as the best national anthem by UNESCO, we happily believe that too!!

Yes, that is what I mean to say- UNESCO has NOT declared India’s National Anthem as the best in the world.

Before I provide you with proofs to substantiate my claim, let me first show you the message I’m talking about:

So here we go:

If UNESCO had declared India’s National Anthem (or for that matter any other country’s national anthem) as the best in the world, don’t you think it would have received wide media coverage in India and around the world? Do you remember reading any such thing in the newspapers?

If UNESCO made any such announcement, shouldn’t there be a notification on their website? Unfortunately there is no such thing reported on UNESCO’s official website. Even if you try searching the archive on their website, you won’t find any information related to this. Neither India’s nor any other country’s national anthem has been announced as the best national anthem on UNESCO’s website- not now, and never in the past.

Now comes the best part! Do you know way back in 2008, there was an e-mail doing the rounds, which had the same message!! India Today (a popular Indian news magazine) sent out an e-mail to UNESCO at that time to verify this claim. This is the answer they got from UNESCO:

We are aware of several blogs in India reporting this story, but can assure you that UNESCO has made no such announcement concerning the anthem of India or any country

You can read the complete article that was published in India Today here.

A lie that started in 2008 is still spreading at a rapid pace. It might have started as a harmless joke. But people behind it don’t realize that in doing so they are actually playing with sentiments of millions of Indians.

But should we blame others for spreading such rumors? Aren’t we equally responsible for that? Do we ever think about the authenticity of a message before forwarding it to our friends or posting it on Facebook?

We at Knowledge Hub try our best to create awareness among people through our section on Myth Buster. We were able to get a false information regarding LPG cylinders removed from the Wikipedia. But in order to be successful in our endeavor, we need your support. Whenever you receive any such message, verify its authenticity before forwarding it. If you are not able to do that, contact us – we’ll verify it for you.

A lie can travel halfway around the world while the truth is putting on its shoes.