You are here: Home › How Cockpit in Airplane Got Its Name ?
By Anshul on January 18, 2010 in Interesting Facts 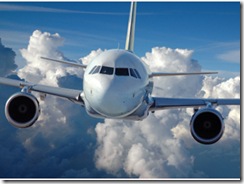 Last month I went home after a very long time (For those who don’t know I am working in Hyderabad). While in flight I was taking mental shots of the natural beauty outside when a casual remark of a co-passenger drew my attention. It was a young boy who was asking his dad why a “cockpit” is called a “cockpit”.

His dad was at his wits end to answer this obvious but tricky question. His father looked at other co-passengers for some help but it seemed that everyone was bowled by this googly from that young boy. Isn’t it strange that children come up with such small questions that look so trivial to us that we never care to think of them?

That question stayed on my mind all the way to home. So as soon as I got some time I decided to do some research on this. And I must say, what I found is quite interesting.

The word cockpit originated from cock-fighting !! In olden days cock-fight was a very famous sport. I am sure many of you must have watched it in some old movies also. A small pit was dug in which two cocks were left to fight. This was known as cockpit. With passage of time, this term began to be used for a small place where there was a lot of fighting. During the First World War when fighter planes were used for bombarding, the place where the pilots sat got the name cockpit because it was a small place where a lot of action/fighting took place. The name became so famous that even now it is called cockpit.

It is for the same reason that Belgium is called cockpit of Europe, because it has been the site of many European battles.

Isn’t it interesting how things/places get their names ? Do you know interesting  origins of some other names ? Share it with us through comment form below.

If you found this article useful please subscribe for free to receive updates in future.

Check other modes of subscription.

21 Responses to How Cockpit in Airplane Got Its Name ?