You are here: Home › Pretty Names-Deadly Cyclones!!
By Ritu on April 25, 2011 in Interesting Facts 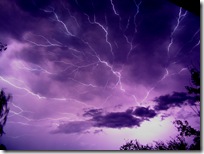 It has been more than a month since the natural forces wreaked havoc on Japan. The whole world stands to admire the resilience and spirits of the Japanese. Reading about how tsunami occurs, I came across something that aroused my curiosity. ‘Laila’,’Katrina’,’Nina’… which sound so pretty names of females are also names of deadly tropical cyclones and hurricanes!

‘Cyclone Laila will be hitting the eastern coast of India on Thursday’ , read a newspaper headline. But just why is the cyclonic storm named ‘Laila’?

Having read the meaning of several famous companies’ names, I wondered if there is a reason behind naming cyclones this way. And yes, there is!

It has only been in the last half of the 20th century that the world devised a system to name the natural disasters. With so many tropical storms, hurricanes, typhoons and cyclones circulating around the world, scientists, media and the public needed a way to differentiate between the storms in a simple way. Naming the storms using a uniform system fulfills this need. Here are a few points that throw some light:

How are cyclones named?

World Meteorological Organization (WMO) is in charge of selecting the names for hurricanes, cyclones & storms around the world. Names are chosen which are familiar in the region of occurrence so that people can also remember and relate.

Earlier the storms were named only after women! This practice came to an end in 1978 when men’s names were also included in the Eastern North Pacific storm lists.

For storms originating in different oceans, there exists a separate list of names. Refer to the link below to see the whole lists of names:

Likewise, every region has its own set of lists which is used in rotation.

Here are a few examples:

However, If a storm or a cyclone causes heavy loss and devastation, it is struck off from the list. It is never used in future considering the sensitivity that gets attached to it. 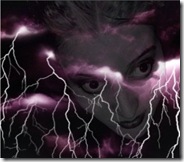 For e.g., due to the large death toll and destruction of property caused by Hurricane Katrina in the US, name ‘Katrina’ was officially retired on April 6, 2006 by the World Meteorological Organization at the request of the U.S. government.

There has always been a tussle between man and natural forces and man has never given up!!
Also Read: How Cockpit Got Its Name