You are here: Home › Understanding Independence Day and Republic Day
By Anshul on January 27, 2011 in Historical Facts, Interesting Facts 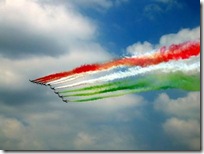 A casual conversation with a friend at lunch today made me pause and think about the meaning of Independence Day and Republic Day. I am not talking about the literal meaning here, but the historical significance of these two days. How are these two days different from each other? The answer to these and many other questions led to this article.

Every year on 15th August, Independence Day is celebrated to mark India’s independence from the British rule. But do you know that according to original plans India was to gain independence some months later?

On 20 Feb 1947, British Prime Minister Attlee issued a statement in the parliament fixing the date of British withdrawal from India as 30th June 1948. But considering the rapidly deteriorating communal situation in the unified India, the then viceroy of India- Lord Mountbatten, proposed an early transfer of power on 15th Aug 1947. In July1947, Britain’s Parliament passed the Indian Independence Act, which set a deadline of midnight on August 14-15, 1947 for “demarcation of the dominions of India.”

15th August is also the day when Japanese troops surrendered to UK in 1945, which effectively ended the WW II. 15th Aug is called V-J day (Victory over Japan Day) in UK.

Then Why Don’t India and Pakistan Celebrate Independence Day on the same day? 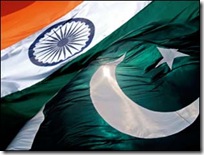 India and Pakistan got partitioned during the midnight of 14-15 August 1947. Pakistan was formed before 12 and India was formed after 12. That is why Pakistan celebrates its Independence Day one day ahead of India.


One Mr Bhadra has provided a different perspective to this through his comment on a blog post here. Referring to a book written by Mr KN Rao, head of Astrological Division of Bharatiya Vidhya Bhavan, New Delhi, he says,

Bringing the declaration to the midnight and thereby continuing on to 15 August was a well planned move based solely on Astrological Consideration, determined by three Brahmins, namely Pundit Herdeo Joshi, Rajendra Prasad and S.Radhakrishanan. They decided the time in accordance with the suitability for coronation of Nehru and longevity of his Royal tenure.

Midnight of 14 / 15 was the most suitable time with “Pushyami Nakshtra”, “Sarva Siddhi Yoga” and Taurus as a stable ascendant rising and coinciding with the natal ascendant of Nehru.

Republic Day, which is celebrated on 26th Jan every year, is the day when the constitution of India came into force and India became a truly sovereign state. Now let us understand what this means.

What Does Being A Republic Means? 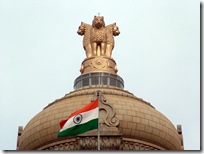 On 26th Jan 1950, C. Rajagopalachari proclaimed India a Republic. Being a Republic state means we have the right to choose our head of state (the President) contrary to the hereditary heirs in monarchy. Thus, the title of Governor General was abolished and was replaced by President of India, with Dr. Rajendra Prasad serving as the first President of India.

What is the significance of The Constitution? 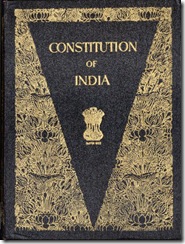 After the independence, the Constituent Assembly led by Dr. Rajendra Prasad appointed the Drafting Committee under the chairmanship of Dr. B.R. Ambedkar to frame the constitution of India (this is why Dr.B.R. Ambedkar is known as the Father of the Indian constitution). The constitution was approved by the constituent assembly on 26 Nov 1949 and it came into force on 26th Jan 1950, when C. Rajagopalachari proclaimed India a Republic.

Why was there a delay in the adoption of the constitution?

On Jan 26, 1930, the Indian National Congress adopted the ‘Poorna Swaraj’ resolution at its Lahore session – resolving the Congress and Indian nationalists to fight for Poorna Swaraj, or complete self-rule independent of the British Empire.The Congress asked the people of India to observe January 26 as Independence Day every year to strengthen that resolution.

To commemorate this day, it was decided to adopt the constitution on 26th Jan, even though it was approved on 26th Nov 1949.

Take a look at our original preamble (click on it to enlarge); doesn’t it look beautiful? 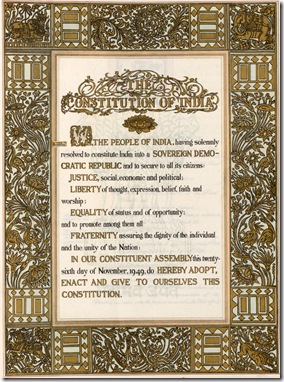 I’ll end this article quoting a piece I read in a blog:

Independence day is a day of the past, of celebrating what we have inherited from our previous generations. The Republic Day, in contrast, is about the present and the future — about pledging and working towards making the Indian Republic stronger.

Income Tax Refund Scam
What Gave Me A Shock!!