You are here: Home › Mobile Number Portability Kicks Off In India
By Anshul on November 25, 2010 in Useful Information 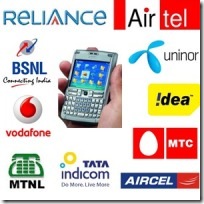 How many times have you cursed your mobile operator for poor service? Did you wish you could say bye-bye to poor network and switch to a better one?

Well I did. During my college years I changed my number thrice because of poor network. But this was a big inconvenience as I had to inform everyone about the change. So I finally stuck to the last operator, even though I was unhappy with their service.

But that was a thing of past. If you are facing similar issues, you no longer have to compromise with the service- thanks to Mobile Number Portability that got introduced today (25th Nov. 2010) in India.

What is Mobile Number Portability (MNP)?

Mobile Number Portability (MNP) is a service that allows mobile users to change their service provider while retaining the number. Thus if you are a customer of operator X and want to move to operator Y, you can do so without losing your original mobile number.

The service is operational in many countries worldwide. UK, Netherlands, Hong Kong implemented it as early as 1999. India’s neighbor Pakistan also implemented MNP in 2007.

Circles where the service has been launched

Starting 25th November 2010, MNP service will be available in Haryana circle. MNP service in rest of the country will be implemented in a phased manner after its launch in Haryana and is expected to be available nation wide by early next year (2011).

Implementation of MNP has been delayed many times before due to various reasons.

According to the original plans it was to be implemented by 31st December 2009 in all the Metro cities. The deadline was later changed to March 31, 2010 and then to June 30 2010. But since the operators were not ready with the infrastructure to implement MNP, the deadline was shifted to September 1st only to be extended till October 31st 2010 (because of the launch of 3G service in India).

Reminds me of the dialogue “tarikh pe tarikh..”

The procedure to be followed is quite simple:

2) You’ll receive a unique alphanumeric porting id from your present operator. This id will be valid for a few days.

3) Using this unique id you’ll have to fill a form provided by the operator you want to switch to.

4) Within 48 hours your new operator will take over all your mobile services.

1) As you can observe, in order to change your service provider, you’ll have to contact your current service provider to initiate the process. This is known as “Donor-Led Porting”. The other type of porting is known as “Recipient-Led Porting” and this is what is followed by most of the countries world-wide. Countries like U.K. and now India have opted for Donor-Led Porting. This will allow the “donor” to win back the customer. Some may not welcome this as operators may tend to get pushy.

Update: Though MNP has not been introduced in my circle, I still sent out a message to 1900. I got the unique porting id. Within an hour I got a call from my service provider informing me that the service has not yet been launched in my circle, and- now here comes the interesting part– why did I want to switch to other operator? Was I unhappy with their service? Can they do anything to change my decision?
Did someone say Customer is King!

3) If you are a post-paid customer you’ll have to clear all your dues before you can get your number transferred to another operator.

4) If you are a pre-paid customer, your current account balance will be forfeited.

5) After transferring your number you can’t change the operator again for at least 50 days. This will ensure the misuse of this service; otherwise customer may constantly switch their operator just to get benefit of some special offer.

6) You can switch your operator only within your circle. So if you are moving from one state to another and want to retain your number, you cannot do so through MNP.

7) You can switch from GSM to CDMA and vice-versa.

8) Your number will get disconnected for a maximum period of two hours- to allow the operators to disconnect and reactivate your number.

This was a long awaited step and though the process appears smooth on paper, it’ll be interesting to see how it actually turns out to be. Meanwhile check out “Switch To Idea” campaign from Idea to woo customers through MNP. 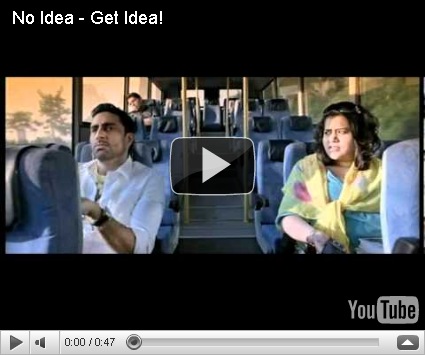 This is the fourth major development this year in India. Other three being change in the way interest is calculated in saving bank account, introduction of new symbol for Indian currency and the recent launch of 3G services.

Do you think MNP can result in a price war among operators, since everyone will want to retain their customers? One thing is for sure- customer will be the king now

Wonders Of The Nature!!
How To File TDR To Get Refund From Indian Rail?