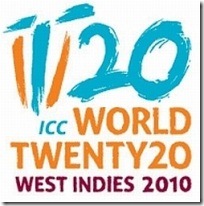 If you followed ICC T20 World Cup 2010, you must have heard the song that is played at the start of every match, before the national anthems of the two teams. The song is very soothing to ears, and so a lot of people have been asking about it.

In case you haven’t listened to the song earlier, you can watch it below before we go into its details.

Why is America not named after Columbus? Read about it and other interesting facts.

The song, which is a huge success in many countries, was composed by a Greek composer Vangelis, and was nominated as the “Best Original Score” at the 1993 Golden Globe Awards.

Why is it chosen as a theme song for T20 World Cup?

One reason could be that as the T20 world cup is being played for the first time in West Indies, the song is played to highlight the discovery of the “New World”.

Another reason might have to do with superstition. Many people/organizations/teams that used Conquest of Paradise as their theme song became successful in their respective fields. For instance, Henry Maske, a German boxer used it as his introduction theme, and soon became the national champion. Socialist Party(Portugal) used it as a theme for its general election campaign and won the election. However I fail to see why ICC would use the song just for this reason, since T20 is already so popular around the world.

Do You Know: This theme was copied by Rajesh Roshan for the movie Koyla. But even that couldn’t save the movie on Box Office.

You can listen to the original song here.<Link>. While listening to it if some other reason comes to your mind, do share it with us through your comments. Remember comments are Do-Follow.