You are here: Home › Rupee and Dollar Come Together!!
By Anshul on November 17, 2010 in Useful Information 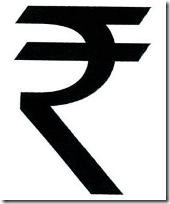 Ever since India got its new currency symbol, people have been wanting to flaunt it in their documents -online or offline. The excitement was so much that instead of waiting for Unicode to officially include the symbol in their list, people found a way to use the new rupee symbol by using a font developed by Fordian Technology.

But the problem in using this particular font is that this is not a standard font. Thus if you send a document to someone who doesn’t have this font installed on their system, they will only see a ~ symbol.

Well, you no longer have to live with this problem. Indian rupee symbol has made it to the Unicode standard list. This means you can now type the new rupee symbol just as you type dollar or any other symbol using your keyboard.

Before we move forward and see how to type the symbol, let us first understand what Unicode Standard is.

“Unicode Standard List” is a list maintained by the California based Unicode Consortium that contains all the symbols you see on your keyboard or use through short cut keys (like ALT+0128 for €). Unicode standards are followed by all stakeholders of the computing industry, be it hardware manufacturers, software firms or application developers.

What Is The Character Code For Indian Rupee?

Unicode Consortium has assigned the code U+20B9 for the Indian rupee symbol in its latest version 6.0.

How To Use The Symbol In Your Documents or Web Pages?

To display the new rupee symbol in your WebPages, use the HTML code &#x20b9.

To display it in word processors type 20B9 followed by Alt and X key together.

However, please note that it may take a while before you can display the symbol using the above method. Reason being that most of the font families (like Times New Roman, Arial etc) have not yet been upgraded to support the Unicode Standard v6.0. As of now only Dejavu and Symbola font family support U+20B9. Check out the fonts that support Indian rupee symbol.

For now you can download Dejavu font to type the rupee symbol using above mentioned method.

When will the Rupee symbol make it to the keyboards?

The Department of Information Technology (DIT) and hardware manufacturers have had several meetings over the last few months and they have decided to place the rupee symbol on the right side of the numeral 4, next to the dollar sign.

DIT has now applied to the Bureau of Indian Standards (BIS)- a government body that publishes standards that should be followed in several fields- to approve this as a standard. Once the BIS approves it, it’ll take two to three months for computer manufacturers to come up with keyboards with the symbol on them.

Once the symbol makes it to the keyboard you can see it next to the dollar symbol on numeral 4. To type it you’ll have to use Ctrl, Alt and numeral 4 together.

I can’t wait to see the Indian Rupee symbol on the keyboards worldwide. It’ll be a proud moment for us.

In fact this has been a good year for India in terms of development. The recent launch of 3G service was another step towards it.

Have you started using the Indian Rupee symbol in your day to day life ? How do you use it?

Live Life The 3G Way
Wonders Of The Nature!!