You are here: Home › Why Is Nobel Peace Prize Given In Norway?
By Anshul on October 9, 2010 in Interesting Facts 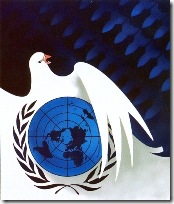 After the last article which dealt with the inception of the Nobel Prize, I got a few mails from the readers wherein they raised some very valid question. I replied those mails individually, but I thought to share those questions and answers here as well, since it’ll be useful for everyone.

Before we go ahead with these question, I’ll suggest you to read the article “Nobility behind Nobel”, if you haven’t already, so as to get a clear understanding of these questions.

I wonder in what way Dynamite could be used to end all wars, as is mentioned in the article? 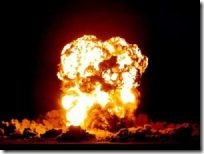 The article says that:

“Dynamite, his most important invention that he thought would end all wars was being used to kill more people than ever before”.

One would obviously raise eyebrow to this statement. How can someone think that an explosive can end war! Well this is how Alfred Nobel reasoned when Bertha Kinsky (Bertha von Suttner) raised concern over his Dynamite factories (read the previous article to know about Bertha Kinsky):

Perhaps my factories will put an end to war sooner than your Congresses : on the day that two army corps can mutually annihilate each other in a second, all civilized nations will surely recoil with horror and disband their troops.

Little did he know then that the army corps around the world didn’t share his vision!

How did his association with Bertha influenced him to include a prize for peace?

Wouldn’t it have made more sense if his association with Bertha led to a prize for friendship or love?

It is understandable why Alfred Nobel had prize for Physics, Chemistry & Medicine- that was because of his love for Science. Since he was also an author, it is obvious that he included a prize for literature. But when it is said that his association with Bertha Kinsky led to the inclusion of a prize for peace, things become a bit confusing.

This will however make sense if you read a bit about Bertha von Suttner’s life history. She was an active leader of the peace movement, devoting a great part of her time and energy to the cause of peace. She even tried convincing Alfred Nobel of the effectiveness of the peace movement through her letters, and succeeded in her attempt, as is evident from a letter that she received from Alfred Nobel in January 1893, telling her that he planned to start a peace prize. This finally took shape of the Nobel Peace Prize.

Interestingly, she received the Nobel Peace Prize in 1905.

Ever since US president Barrack Obama was given the peace prize in 2009, there have been lot of hue and cry about it. Do you also believe this was a wrong decision?

Also read: Why Obama used 22 pens for a single signature?

Why is the peace prize given in Norway, when Alfred Nobel was of Swedish origin?

This is a very obvious question that troubled me also. No one is certain why Nobel made his will in a way so as to include Norway in the proceedings. But there are many theories regarding this. For one, though Norway and Sweden are two different nations now, during Nobel’s time Sweden and Norway constituted a Union, and it seemed proper to include the union’s little brother in the process. Nobel might also have been impressed by the Norwegian Storting’s (legislative assembly) efforts to resolve conflicts in peaceful manner through mediation and arbitration.

Do you also have some question on any of the articles written on Knowledge Hub so far? Feel free to contact me, or drop a comment below.

Nobility behind Nobel
What’s There In A Name!!